This is the best memoir I’ve read this year, and it may be one of the best memoirs I’ve ever read. A couple years ago I read the absolutely harrowing and heartbreaking Levy piece in the New Yorker called Thanksgiving in Mongolia, which is about her having a late miscarriage in Mongolia. This book contains that piece in part and captures her adult life as journalist and relationship leading to parenthood, and it’s unsparing and direct and doesn’t feel like it’s leaving out tons of stuff, which is my usual complaint about memoirs. The other thing this book has going for it is that she’s writing about her fairly recent past instead of her childhood, like some memoirists do.

Levy has written lots of interesting pieces, and her interview on the Longform podcast was fascinating as well. I mean, of course I’m drawn to this story because her story is absolutely terrifying but it happens every day, without people talking about it. I think it’s important in that respect because the subject is so not talked about. And it’s not couched in self-help or therapeutic journeys, though it is a part of the story. Her narrative voice is so unflinching that it’s compelling. 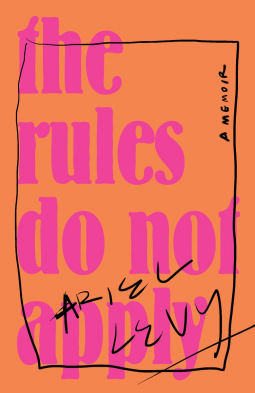 The Rules Do Not Apply by Ariel Levy

2 thoughts on “The Rules Do Not Apply by Ariel Levy”